This is the first in a series of ongoing conversations with our winemaker Matt Mavety. 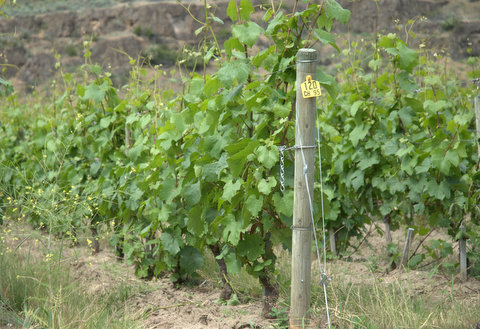 Today, Friday, July 20 from 9:30am - 2:30pm our very own winemaker Matt Mavety has been asked to speak at the International Cool Climate Chardonnay Conference (iC4) in St. Catharines, Ontario. He will be representing Western Canada and be part of a panel discussion along with winemakers from several other cool climate Chardonnay regions including Argentina, Burgundy, Australia and Niagara.

Growing up in the Okanagan valley, particularly in the summer, most of us would not have considered cool climate and Okanagan as three words that could be used in the same sentence.  However, apparently that is what we, in parts of the Okanagan are considered.  Here are the questions we asked.

And what makes a cool climate so special for growing Chardonnay?
Cool climate allows for the retention of acidity and a slower maturation period. It also can enhance aromatics and have the capacity to produce table wines of distinction.  “Cool climates help to preserve acidity which enhances the elegance of fruit around a core of minerality” Seb Jacquey, Winemaker, Le Clos Jordanne, Niagara.

What is unique about Blue Mountain that makes it considered a cool climate for Chardonnay?
1. Topography, at the latitude we are situated.
2. Lake Moderation - Vaseaux Lake moderates early and late
frosts.
3. Geography - the narrowness of the valley in our section of
Okanagan Falls creates cooler days and in some vineyards a heat
effect from heat dissipated off the nearby rocks.

If you have any questions for Matt please feel free to submit them, and when he isn’t out in the vineyard driving the tractor we will get him to answer them.

The i4C event in Niagara is a great chance for consumers to taste some great cool climate Chardonnay and learn about this challenging grape, and for winemakers to meet and share ideas with other exceptional producers of Chardonnays that flourish under extreme conditions like steeply sloped vineyards, huge annual temperature fluctuations, high altitudes, ocean gales, etc.

This year, Decanter Magazine's Stephen Brook hosts a panel of 5 winemakers, and an Ontario grape grower as they take an in-depth look at what makes these wines so cool (no pun in tended).

All participating winemakers, and many other Ontario winemakers and industry professionals will join with consumers in structured tasting, interactive discussion and luncheon.

Commenting has been turned off.