Carmelis is a family owned boutique dairy, which takes pride in the uncompromising approach taken to ensure the unique quality of its cheeses. The cheeses are produced on a small scale which enables them to closely monitor each and every cheese while placing an emphasis on their place’s design and its integration into nature, the landscape around them, and the quality of the environment.

Located near Okanagan Lake, some 12 km south of downtown Kelowna, close to the entrance to Okanagan Mountain Park. We desire to impart a sense of the breathtaking views of the Okanagan Valley.

Pinot Noir & Misty - The ash coating on this cheese is bold and earthy but still creamy.  Enjoy with some dried Okanagan cherries in the cooler months to bring back memories of summer.

Pinot Blanc & Chabichou - This mild, tangy cheese in its youth would be a brilliant accompaniment to Pinot Blanc on a summer's day on a deck overlooking the lake.  Include some nuts and a little apricot jelly and you have the recipe for a perfect afternoon.

Pinot Gris & Lior - Nibble away at this sharp and tart cheese with a sweetness throughout.  Grate onto salad and enjoy a long luxurious lunch. You deserve it!

Since as far back as 1725 there have been recipes for making Macarons.  For anyone who has tried to create these light, crispy on the outside, soft on the inside desserts it isn't as easy as reading a recipe.  We are very fortunate in the Okanagan to have a master Macaron maker in local artisan pastry chef Sandrine Raffault.  Direct from France in 2004, this talented chef has been creating delicious Macaron every day and sharing them with avid consumers.

Join Sandrine this year to celebrate Macaron Day —or Jour du Macaron—on March 20th and support the KGH Foundation. The annual event was started by Parisian pastry chef Pierre Hermé in 1995. Over the years, Macaron Day has gained international recognition as a way to fundraise for local charities while enjoying delicious macarons.

Macarons are delicate light almond meringues with delectable fillings.  Personal favourites include Earl Grey and in season the Lavender and Raspberry flavours.

Any thoughts on the perfect wine pairing? Sparkling wine anyone? We've decided to pair these yummy treats with our NV Brut "Gold Label" sparkling.

Today we welcome back our Mexican vineyard workers. At Blue Mountain Vineyard and Cellars we have ten Mexican vineyard workers that come to the Okanagan through Canada’s Seasonal Agricultural Worker Program. They work our 80 acre vineyard for eight months of the year. The first group of six arrived on Tuesday, February 25th and four more will arrive later this month. This hardworking team of vineyard workers has been coming to the Okanagan to work at Blue Mountain Vineyard and Cellars for the past 6 years. The Mexican crew has made an impact with their highly efficient and skilled viticulture techniques. 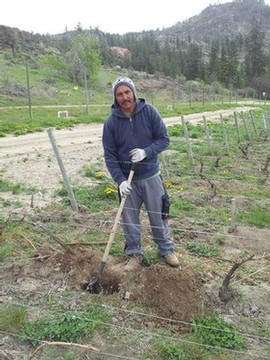 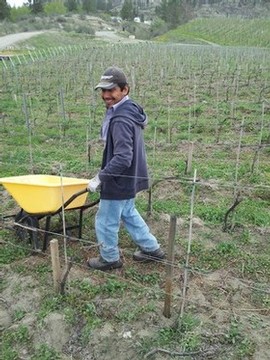 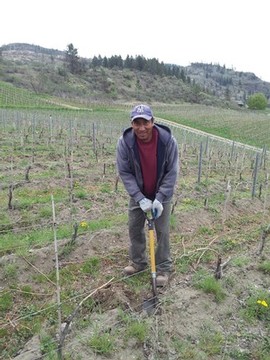 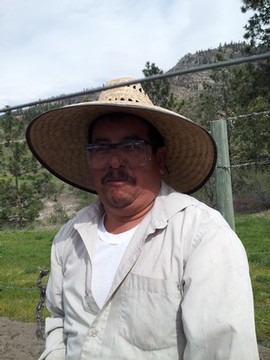 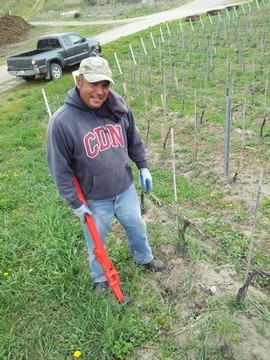 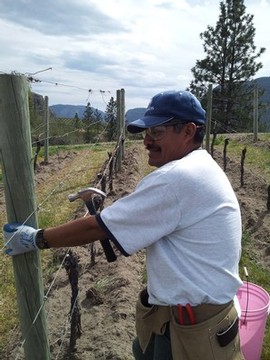 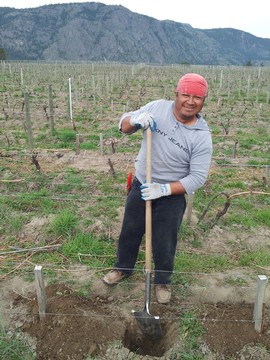 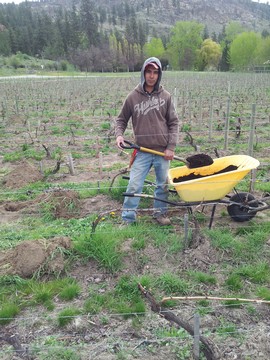 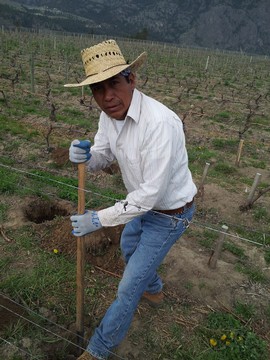 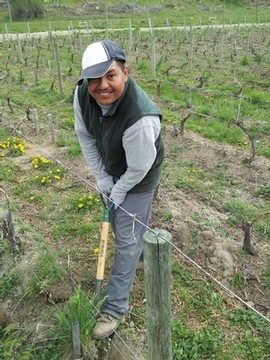 Thanks to all our vineyard crew for making our 80 acres look so spectacular all year long.  Blue Mountain visitors, feel free to wave to these friendly faces with the big hats when you pass them on your way to the wine shop this summer.